Snapchat is the hottest app on the market right now, no doubt about it. It is emerging so fast that advertisers want to get a spot on this app. Snapchat then became an immense advertising space that can capture millions of viewers a day. The disappearing pictures and videos we may send personally to our friends or people’s timeline of stories that appear for 24 hours may not seem to matter anymore.

I’m here to persuade you on why advertising works on Snapchat. How do you think advertisers with the big moolah want to constantly be featured on the stories? Because it works like magic. Let’s say for example, geofilters. Geographic filters (geofilters) are creative designs specific to a location (countries, states, neighborhoods, tourist attractions, etc). When taken a photo, the filter will appear, which most of you are aware of. However, my point is, even though geofilters are meant to illustrate locations, advertisers such as McDonalds often appear as a geofilter out of nowhere. Snapchat has even made geofilters to be an ad. Below is an example I found on google “images.”

Obviously there are other spots that companies can advertise their products on Snapchat. Besides geofilters, there are live feeds of different countries, popular events around the world, and much more. Ads will always feature casually in between people’s snaps of the particular event or location. The ads, along with people’s snaps, usually take about ten seconds because that is how much time Snapchat allows. That way, viewers won’t have to look at the ad for more than ten seconds, which unfortunately most viewers prefer. Of course, I say that because ads are cool, period. Below are illustrations of the screenshots of sponsored ads found in live feeds that I occasionally view on my own Snapchat account. 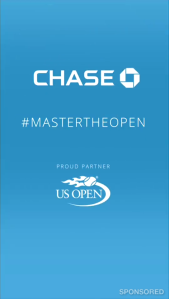 Wait, there’s more?! Certainly, I won’t forget the “Explore” feature on Snapchat. In case many of you are not aware, news media companies such as Buzzfeed, Tastemade, Dailymail, People, Cosmopolitan, National Geographic and other similar content driven companies are sharing their information on this “Explore” feed on Snapchat just as you would view on any other devices. Contents will feature for 24 hours in a smaller, but yet still informative, version. They are paying hundreds of thousands of dollars for this so called “advertisement.” Yes, it is in fact an advertisement to feature content on this trendy app. One simple example I can give is Tastemade. I don’t know if in fact I’ve lived under a rock, but I have never heard of the youtube food network, Tastemade, not once in my life. But to find out about this company from Snapchat is a smart and incredible strategy to make awareness. What an awesome way of promoting this youtube focused food studio that provides helpful tips on cooking and baking!

Snapchat used to be dull prior to the now tremendous ad space. However, ads on Snapchat actually really works! For one, viewers don’t find it incredibly annoying. Yes, I have asked for friends’ opinions. Although, they’re able to escape these ads, the names of the brands would stick to viewers’ minds anyway whether they like it or not. If you escape it once, it will appear all over again. You just cannot avoid it. But like I’ve mentioned before in a past blog post, ads do influence people’s decisions.

1 thought on “Advertising on Snapchat”

We bring bliss to your branding